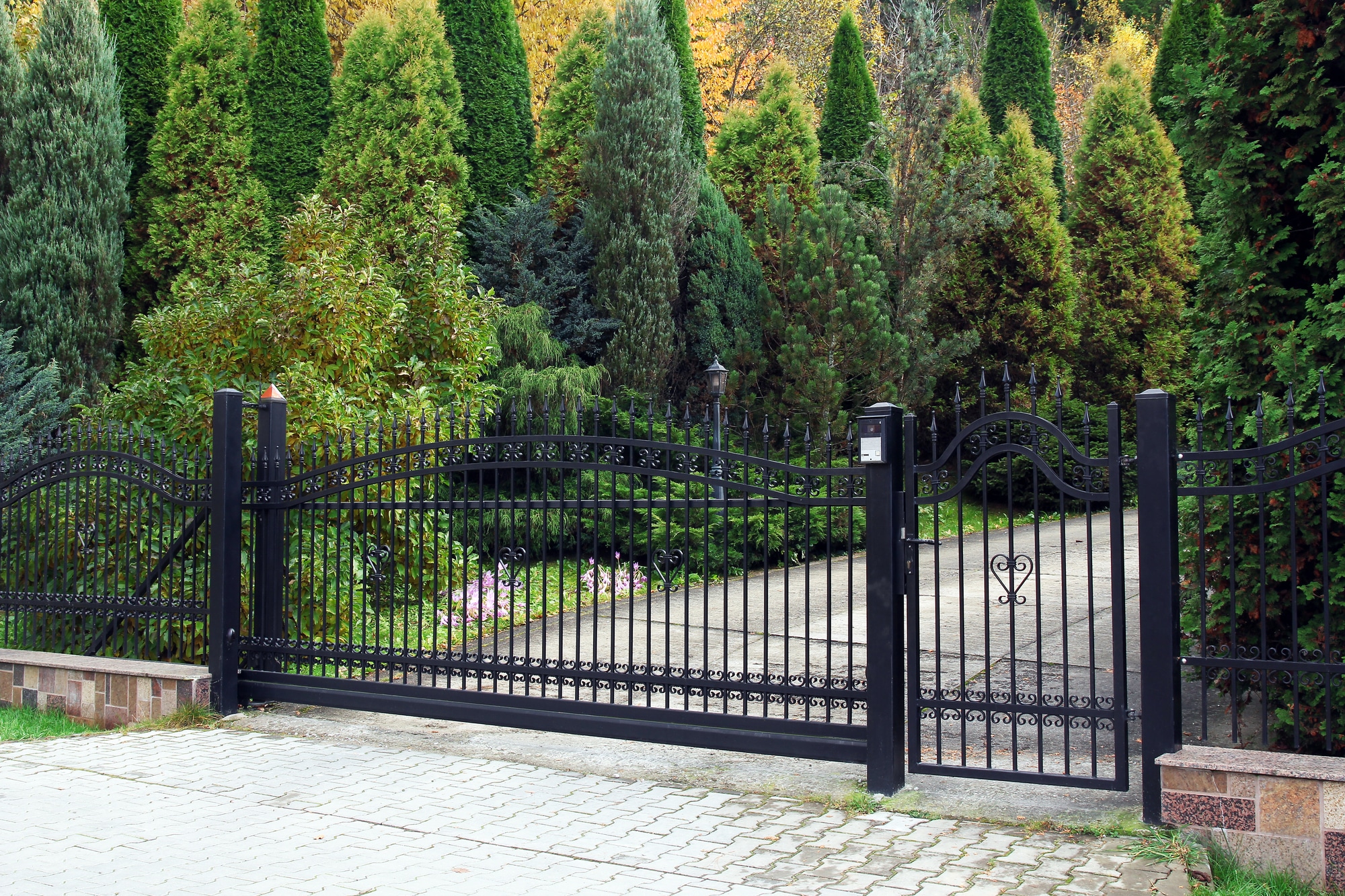 Have you been caught in the rain opening your driveway gate one too many times? Or has the effort of manually opening your gate sometimes felt insurmountable when coming home from a tiring day?

Automatic gates are powered by an electric motor that can be triggered into motion by some kind of transmitter or sensor. These include radar movement, pressure, motion, passive infrared movement and active infrared movement sensors. All of these sensors have the same basic function, which is to send a signal to the actuator via a change in something such as movement or weight.

For some automatic gates, their electronic system is installed underground and connected to the motor via levers. Automatic gate systems come in different varieties, such as rams, linear and articulator arms, which are designed to work best with different sorts of gates. For example, a rams system is best suited to wooden gates while articulator arms are often used on wrought iron.

Sliding automatic gates have tracks installed width-ways across the driveway, which they run along like a train on rails. Where the driveway surface is too uneven, a cantilever system can be used instead in which no part of the gate comes in contact with the ground.

As automatic gate technology has improved, these self-sufficient gates have become less expensive and more efficient and commonplace than before. If you love the manual gate you currently have, it’s even possible to attach the mechanism to make it automatic.

How To Adjust an Automatic Gate

An automatic gate must be adjusted so that its limits, that is, where it stops and starts, are aligned to the driveway correctly.

This can be done by adjusting the limits at the operator box, which may involve using a screwdriver to loosen the limit switch so it can be moved to the desired open or closed position before tightening it again.

Trying to fix adjustment limits yourself is doable if you have a sound understanding of what you’re attempting. Fixing it improperly, however, can cause more damage than there was in the first place. For example, you could overextend the actuator arm on a swing gate or get it stuck as it closes. It may be worth contacting a professional services company. There’s nothing worse than a DIY job necessitating expensive repairs. You could even ruin the actuator arm entirely so that it needs to be replaced.

How To Manually Open an Automatic Gate

If you’re worried that a power outage or lost remote might leave you stranded inside or outside your property then it’s important to know how to open your gate the old-fashioned way.

Solar powered automatic gates are becoming an increasingly popular option. These gates hold appeal for their environmentally friendly system and for being less costly to your electricity bill.

These solar powered gates are battery powered and their batteries charge with the energy the panel derives from the sun. So long as you’re not living through an Icelandic winter in which daylight hours are almost non-existent, the solar panels will get sufficient energy from the sun. Your batteries should remain charged indefinitely. Are you sceptical about the reliability of solar powered gates? Well, keep in mind that the gate will only need to function a handful of times a da. Yet, it will collect power from the sun for hours.

If an automatic gate is beginning to feel like a worthwhile investment, Everlast Services offer automatic sliding, swing and double gate services. Get in contact with us today to get an obligation free quote.